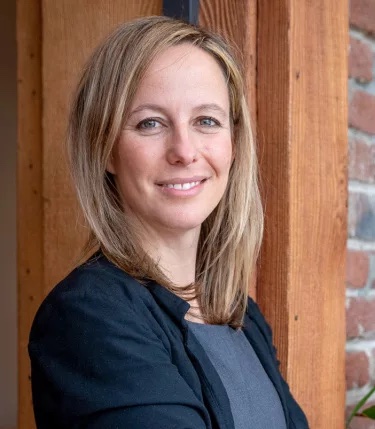 Kristen Berman, Co founder of Irrational Labs joins the show to talk about:

- When companies should look to behavioral science to help answer critical questions about their businesses.

- Practical examples and applications of behavioral science that founders can use to drive better outcomes for their startups.

- The three B model of behavioral change and the irony and importance of adding friction to drive better results around onboarding and sign-up flows.

- The importance of asking for help when making friends.

Kristen Berman studies how people actually act in the marketplace, as opposed to how they should or would perform if they were completely rational.

Kristen co-founded Irrational Labs, a behavioral product design company, with Dan Ariely in 2013. Irrational Labs helps companies and nonprofits understand and leverage behavioral economics to increase the health, wealth and happiness of their users. She also co-founded Common Cents Lab, a Duke University initiative dedicated to improving the financial well-being for low to middle Americans. Under Kristen’s leadership, Common Cents launched over 50 experiments with companies, touching tens of thousands of people. Kristen’s work has been featured in The Stanford Innovation Review, TechCrunch, and Scientific American.

She was on the founding team for the behavioral economics group at Google, a group that touches over 26 teams across Google, and she hosted one of the top behavioral change conferences globally, StartupOnomics. She co-authored a series of workbooks called Hacking Human Nature for Good: A practical guide to changing behavior, with Dan Ariely. These workbooks are being used at companies like Google, Intuit, Netflix, Fidelity, Lending Club for business strategy and design work.

Before designing, testing and scaling products that use behavioral economics, Kristen was a Senior Product Manager at Intuit and startup, Lytro. She built product management and marketing systems for small businesses and consumers, for domestic and international markets. The core thread throughout this all is a deep passion for understanding why people behave the way they do and then building solutions that make their lives better. And in her personal life, Kristen lives behavioral science. She’s started a communal living environment called Radish, to design life for happiness.

The future of the film and entertainment industry with Alan d'Escragnolle, CEO and Co Founder of Filmhub

The birth of the "portfolio aSaaSin" and the history and future of marketing automation with Anu Shukla, Co founder of Tapjoy and Botco.ai

Building a vertical SaaS powerhouse in salons with Matt Danna, CEO and Co Founder of Boulevard